2 reviews
₱599
About the Perfume

Moving to the big city in order to achieve your dreams takes some serious confidence. Pack some confidence in a bottle with the Carolina Herrera 212 Eau de Toilette for Women.

A perfume for a young woman, the scent of New York, the scent of life. The flacon evokes the same artistic concept as the perfume itself—it’s modern, urban, charismatic, unique, just like the city of New York. The fragrance is optimistic, a symbol of the curiosity and energy of a young urban woman living in a large city. Top notes include orange blossom, bergamot and mandarin. The heart notes, also floral, are composed of camellia, gardenia and lily. The base is made of sandalwood and bright musk. 212 was launched in 1997. The nose behind this fragrance is Alberto Morillas.

Here’s when you can expect your order:

Let customers speak for us 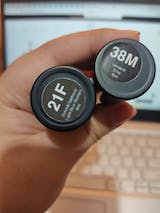 The item itself came in perfect condition. Wanted to try different fragrance without breaking the bank or relying on not original ones out there. I fully support this concept although I must say, it's a crime not to have a subscription service for this now like scentbird in US does. 😪 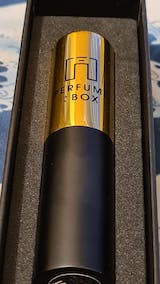 I loved it. The smell is exactly the same as what i have been using. And i can go out without the need to carry the big bottle! I will buy again👍 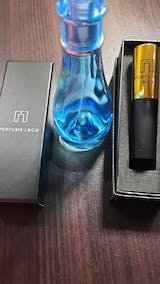